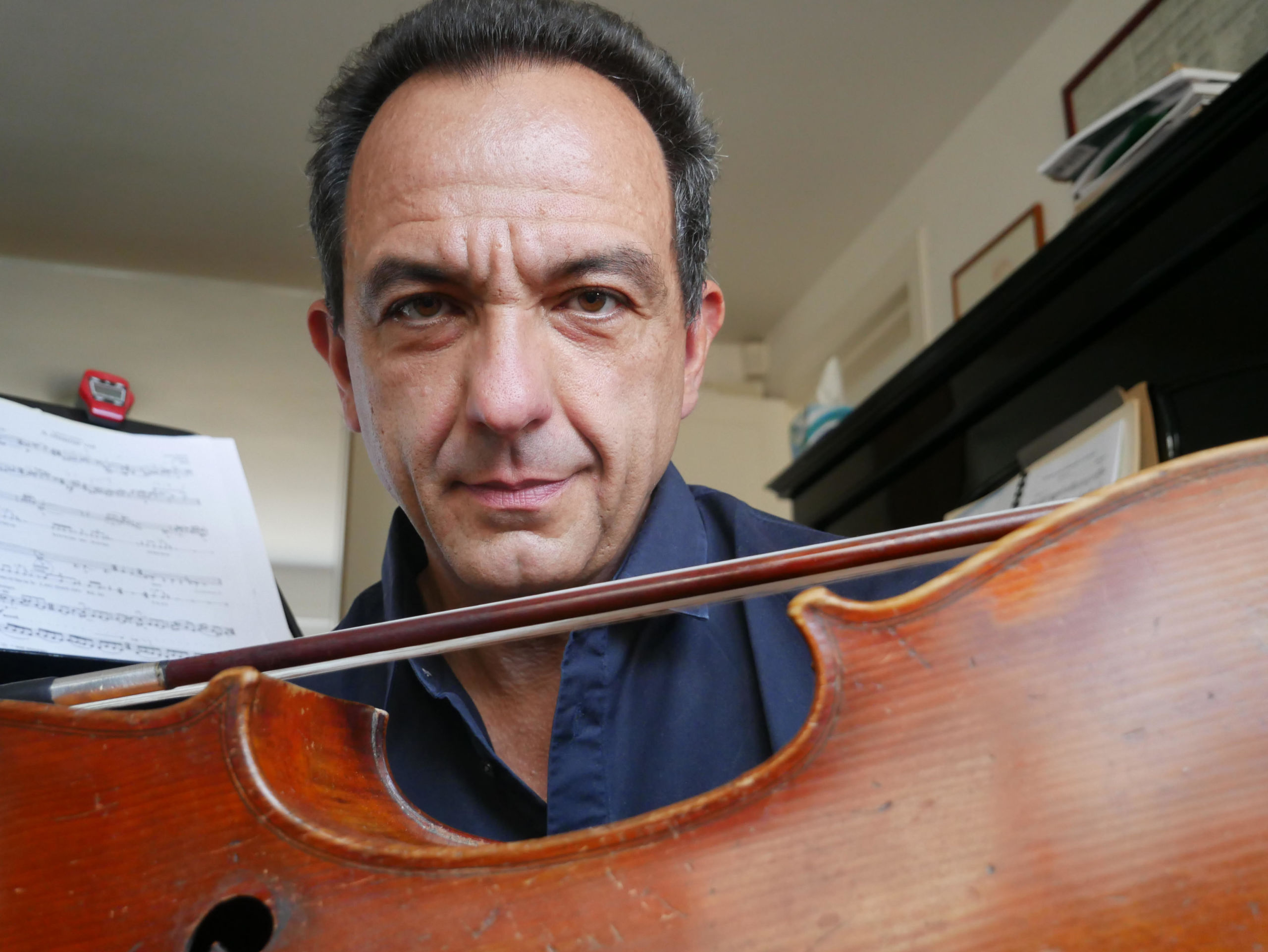 Graduated in Padua, he studied under Michael Flaksman and followed several master classes, some of which were given by Yo-Yo Ma. First Prize in the Genoa competition and Third prize in the Stresa competition. He soon began his orchestral and solo activity, that ranges from Boccherini to Shostakovich. At the same time he studied the modern and contemporary repertoire for solo cello, piano and soloist with orchestra.

He recorded for the Phoenix Classics label, where he collaborated with pianist Aldo Ciccolini for Achille Longo’s Sonata and two trios.

He has played in the universities of Cambridge, Boston and San Francisco on a concert tour dedicated to American composers. For the same label, he recorded sonata and trios by Frank Bridge and the complete compositions by Mario Castelnuovo-Tedesco in duo with piano.

He has been living in Brussels since 2003 and he regularly collaborates with the UCB (Union of Belgian composers).

In 2010 he received the prestigious “Fugue Award” in Brussels for his dedication to contemporary Belgian music. Since then, he has given several world premiere performances, often dedicated to himself.

In 2019 he was a regular guest at the “Osmose” contemporary festival. There were pieces by composers from all over the world in numerous concerts for solo cello, cello duo and, from next autumn 2020, for cello trio as well.