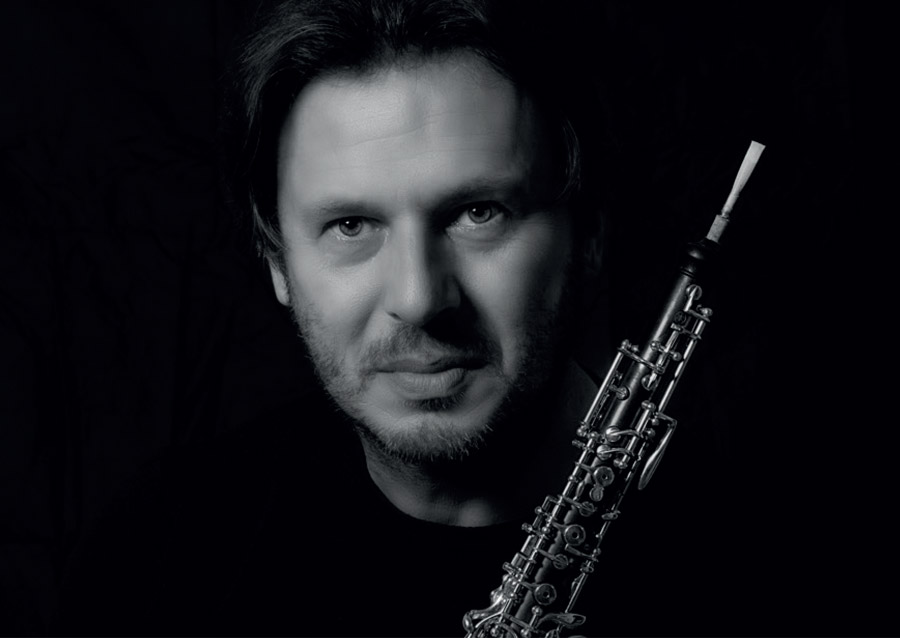 Luca Vignali studied at “G.B. Martini” Conservatory in Bologna under the guidance of G. Siviero; he graduated there in 1982 with the highest scores.

Since 1980 he has been principal oboe of the “Arena di Verona Orchestra”; in this period he perfected his oboe skills under the guidance of Harold Gomberg in Perugia.

In 1981, he was principal oboe of the Orchestra Regionale di Toscana and at the same time, he was studying with Lothar Koch in Assisi, who invited him to attend the H. von Karajan Academy in Berlin. While studying in Germany, he performed concerts with the Berliner under the baton of Karajan himself and other top conductors such as L. Maazel, S. Ozawa and D. Baremboin.

In 1984, with a score of 30/30, he won the principal oboe competition at the “Orchestra del Teatro dell’Opera” in Rome, a position he still holds today.

In 1986 he obtained the First Prize at the Martigny International Competition and he was the first Italian to have won this contest.

In 2000 he won the “Franco Alfano – Sanremo Classica” Prize for the quality of his musical interpretations.

He has played the most important solo repertoire with the major Italian orchestras, also addressing the chamber repertoire together with distinguished soloists and pianists in acclaimed tours in Europe, USA, Latin America, Japan, Southeast Asia: Y. Bashmet, P. Vernikov, A. Pay, U. Ughi, S. Mintz, A. Specchi, A. Lonquich, M. Campanella, S. Bunin …

Since 1998 he has collaborated with Salvatore Accardo and the Orchestra Italiana da Camera, playing concerts all over the world. With the same orchestra he performed Bach’s “Doppio Concerto per Oboe e Violino” at the Senate of the Republic , broadcast by Rai Uno and recorded for the label Fonè .
In June 2008 he performed the concert by Marco Taralli and the concert by Alessandro Marcello with the Sydney Symphony Orchestra conducted by Gianluigi Gelmetti.

In 2001 he recorded Live from the Mozarteum in Salzburg two adagios for oboe and strings by the Friulian composer Vittorio Fael.
He makes recordings for Edelweiss, Musikstrasse, Bongiovanni, EMI, Fonè and Tactus.

He works as a teacher in several courses and important high-level specialization schools, including Perugia, Portogruaro, “I Fiati di Roma” Academy.
He also teaches classes of the 2nd level degree of the two-year specialization at the Istituto musicale “Peri” Reggio Emilia.

He is often invited as a jury member to the most prestigious competitions (Giuseppe Tomassini in Petritoli, Giuseppe Ferlendis in Bergamo, Muri Svizzera).