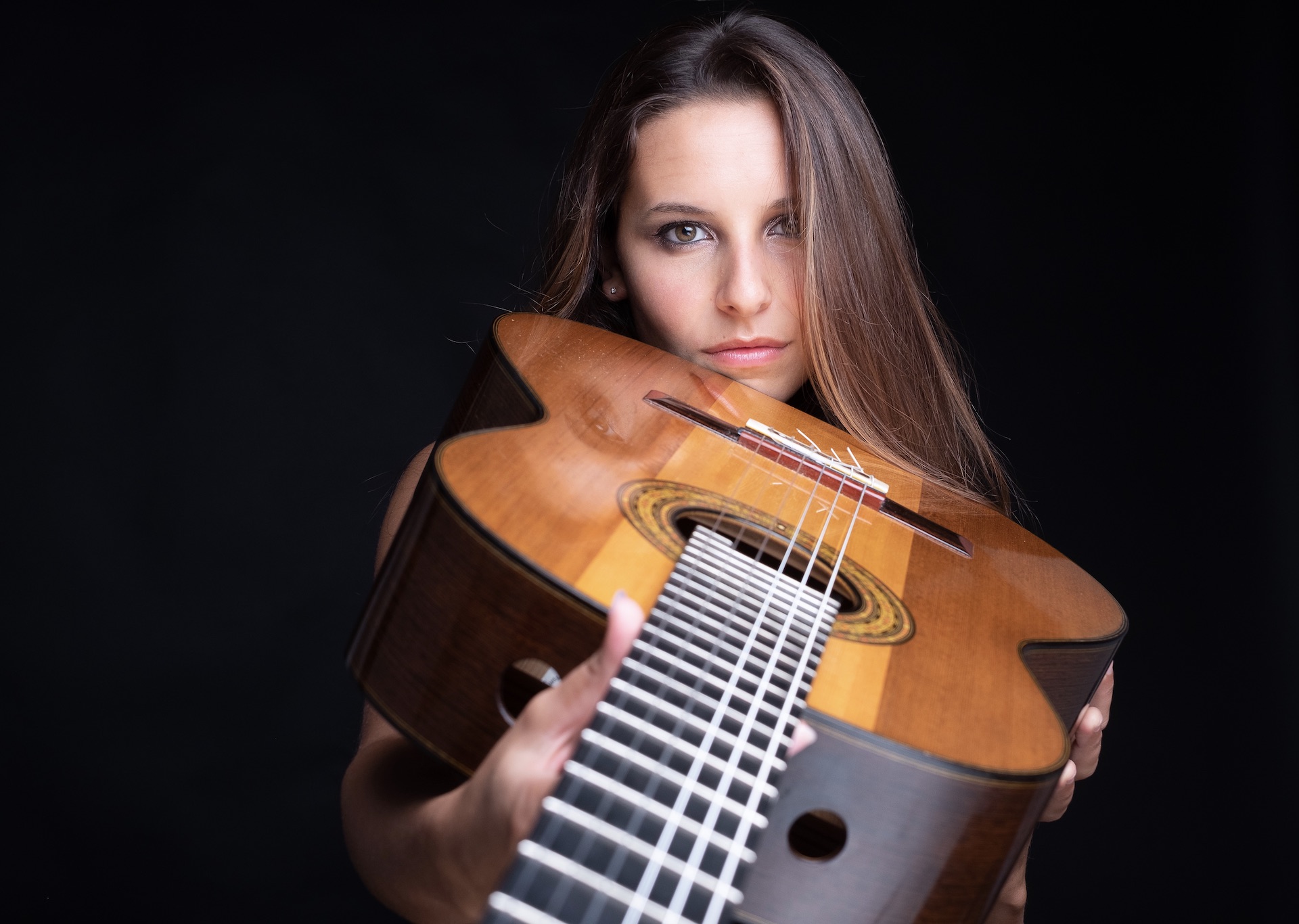 Carlotta Dalia was born on August 25, 1999 in Grosseto. She began studying classical guitar at the age of 8 with M° Alessandro Benedettelli, continuing her studies under the guidance of M° Aniello Desiderio. For six years she followed the Advanced Specialization courses held by M° Carlo Marchione at the Civic Schools of the Arts in Rome. At the age of 14 she was admitted with full marks to the three-year academic programme at the “R.Franci” Institute in Siena, graduating at the age of 18 with full marks. Subsequently she obtained the second level Academic Diploma at the ISSM “Luigi Boccherini” in Lucca in the M° Giampaolo Bandini classes.

She is currently following Laura Young’s classes at the Mozarteum in Salzburg. She gave her first solo recital at the age of 12 and performed in Festivals and Concert Seasons in Italy, Spain, Germany, Austria, Portugal, Poland, Hungary, Sweden, Russia, Ireland, Switzerland and Japan etc.
At the age of 16 she recorded her first “Gran Solo” CD that was presented at the radio studios of Vatican Radio. The radio program was “L’arpeggio” , conducted by Luigi Picardi. The CD was then published in the most important world online distribution stores by the DotGuitar / CD record label. In 2018 she released her second album for the “Suonare News” music magazine.
In 2020 she recorded two new projects for DotGuitar / CD i.e. “Angelus” and “Ida Presti complete solo guitar music” which will also be distributed by GuitArt magazine during 2021. The “Angelus” CD takes its name from the homonymous Sonatina in three tempos dedicated to her by M ° Gilardino in August 2017. In 2021 the DotGuitar / CD record label released a series under her name, the Carlotta Dalia Edition, which in addition to the 3 CDs already published, will contain numerous other record projects to be released in the next years.

She was a guest of radio broadcasters such as Rai Radio3, La radio della Svizzera Italiana, Il Sole24Ore. Since the beginning of her artistic career she has won more than 40 awards in national and international competitions, including:

Since 2016 Carlotta has been a D’Addario Artist and since 2020 she has been an artist of the “Adopt a Musician” Foundation in Lugano.