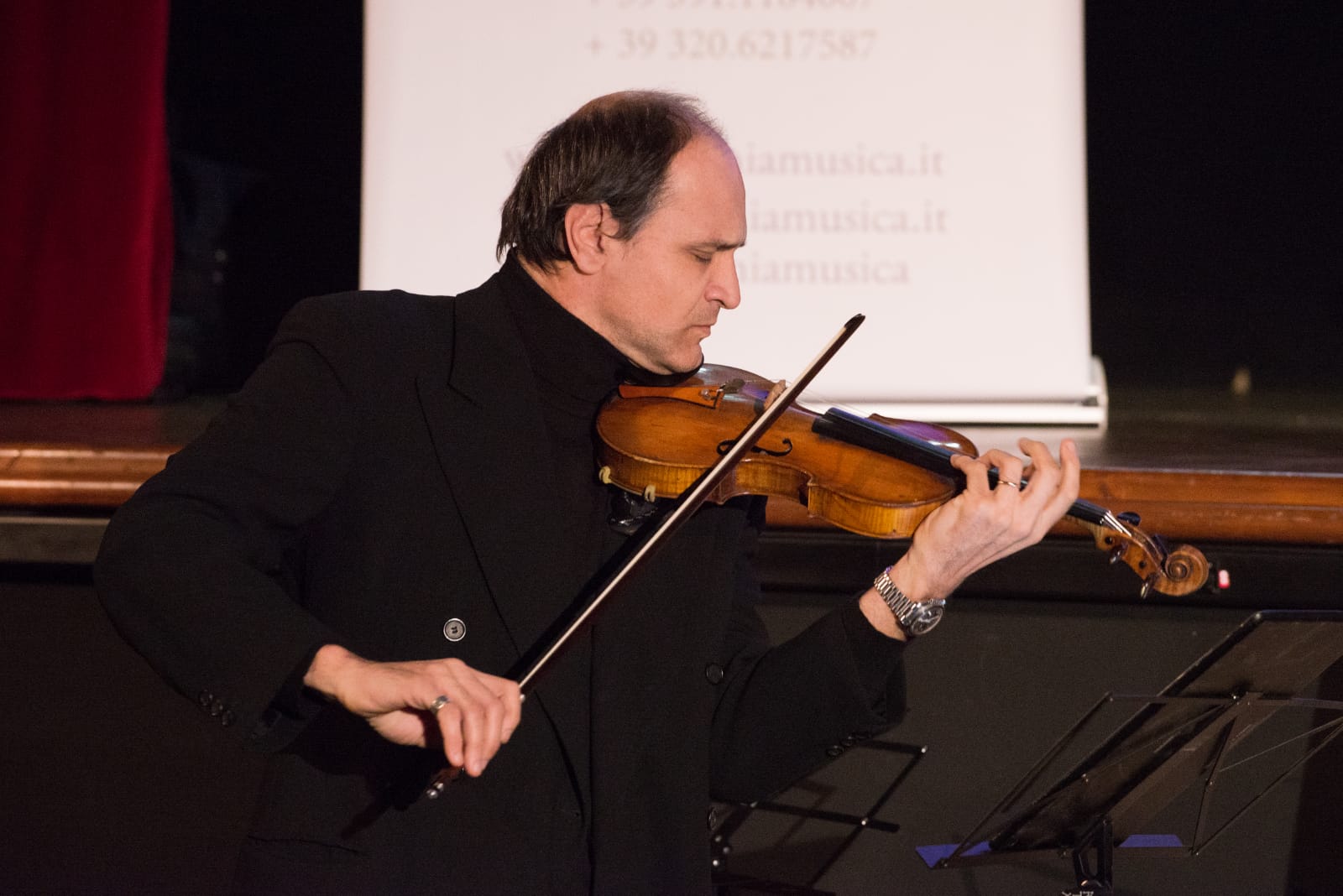 Teaching in schools through the language of the violin

Fulvio Liviabella graduated from the “G. Verdi” conservatory in Milan under the guidance of Christine Anderson.

He has won numerous competitions as a soloist and as a chamber musician. He played for 5 years with “I Solisti Veneti” also performing as a soloist in the main halls around the world.

For three years he was concertmaster at the Lisbon Metropolitan Orchestra.

He won the competition for qualifications and exams and taught for 10 years in several Italian conservatories.

He is currently a violinist at the Orchestra of the Teatro alla Scala and of the Filarmonica della Scala.

Teaching in schools through the language of the violin