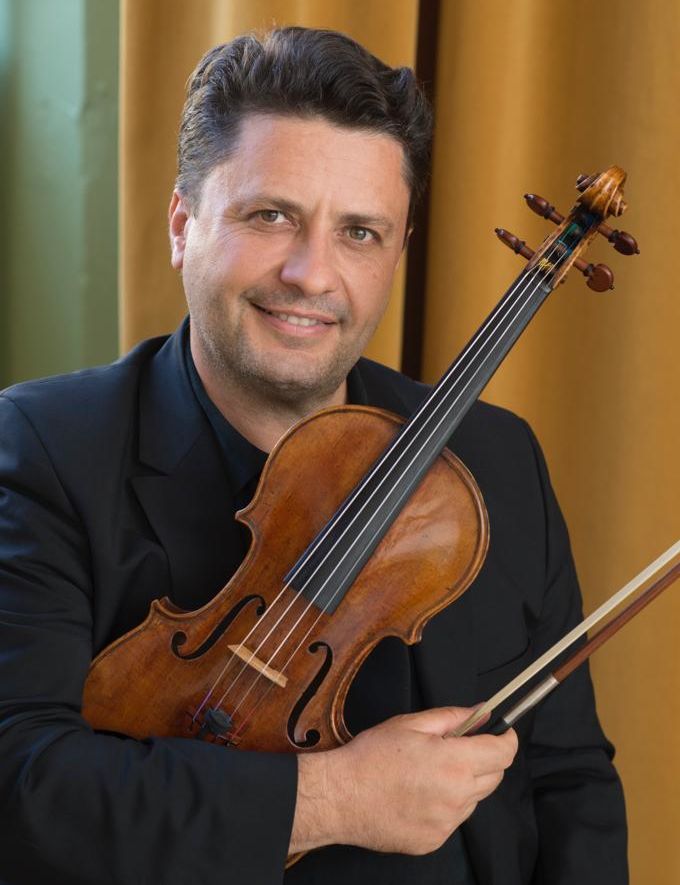 Klaidi Sahatçi was born in Tirana. He began his violin studies at the age of six in his hometown, where he attended the “J.Misja” Art School. In 1992 he moved to Italy to enrich his musical knowledge and in 1994 he obtained the violin diploma with top marks, under the guidance of M° Gigino Maestri at the “G. Verdi” Conservatory in Milan. He later perfected with M° Salvatore Accardo at the “W. Stauffer” in Cremona and with M° Boris Garlitzky in Lyon.

Klaidi Sahatçi made his debut as a very young soloist with the Symphony Orchestra of the Italian Radio Television in Milan, achieving great success, thus starting a career that has always been on the rise. As a soloist he also played with important orchestras including: the Tonhalle Orchester Zürich, the Orchestra della Svizzera Italiana, the Orchester National de Lyon, the Zürcher Kammerorchester, I Virtuosi Italiani, Cameristi della Scala, Orquesta Sinfonica de Chile etc.

Together with Andrea Rebaudengo and Sandro Laffranchini, he founded the Altus Trio. In 2010 he made his debut with the trio at the Teatro alla Scala in Milan. In the last CDs, the trio played music by Bernstein, Gershwin, Stravinsky, Schumann and Donizzetti and they were recorded and distributed by Limen Music Milano.

Since 2009 he has been concertmaster at the Tonhalle Orchester Zürich and professor of violin at the University of the Conservatory of Italian Switzerland.

His teaching activity, in addition to the Lugano Conservatory, is mainly carried out by giving frequent master classes in Italy, France, Albania, Spain, Poland and Switzerland.