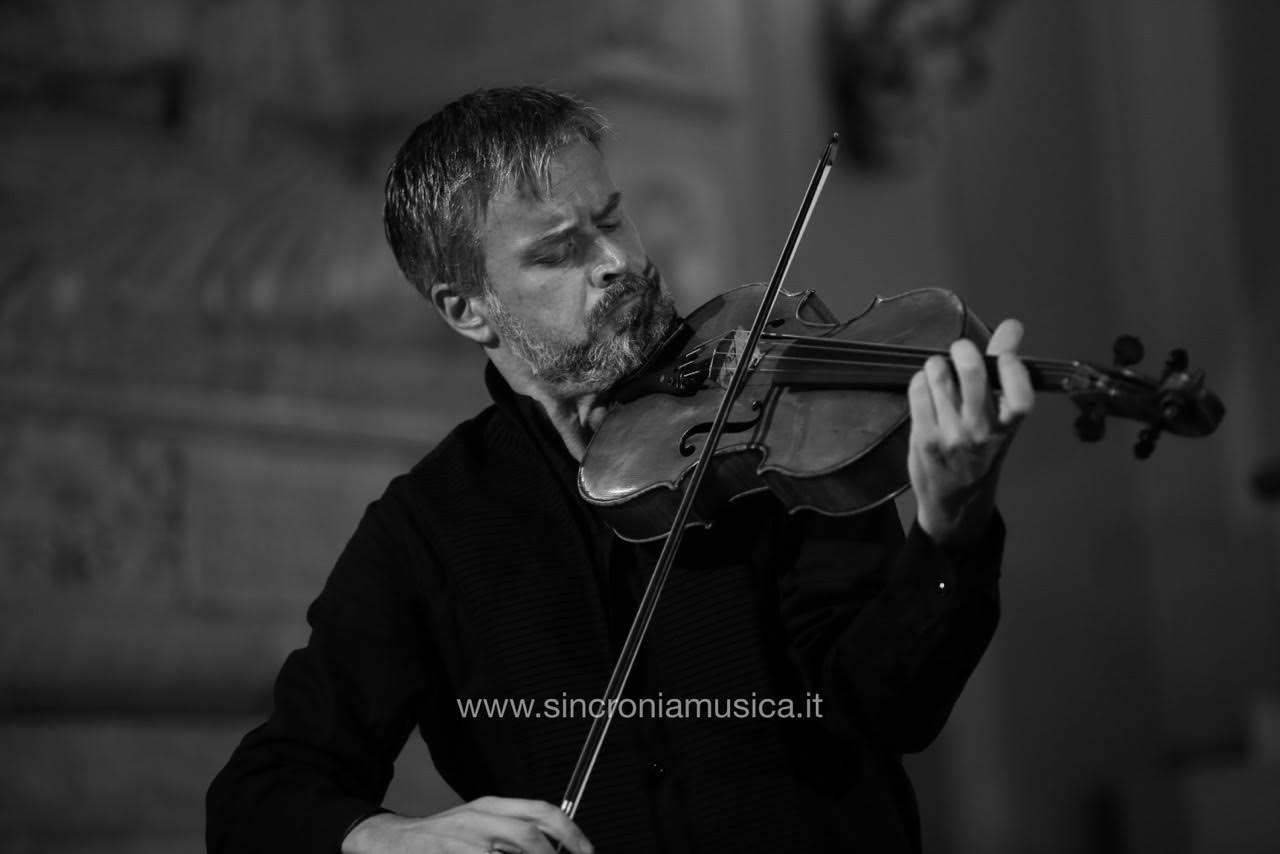 Born in Rome, he graduated with top marks at the Conservatory of “S.Cecilia” in Rome and subsequently from the “Music Hochschule” of Freiburg in Germany (with honour mention), studying respectively with M° S. Esposito and M° K. Kashkashian.

He studied under B. Giuranna ( “W. Stauffer” Academy in Cremona) and J. Bashmet ( Chigiana Academy in Siena, certificate of merit in 1991 and 1992).
He has been awarded at several international competitions (including “Cologne” and the “Lionel Tertis” competition in England).

As a soloist and in chamber music he recorded for Vigiesse, Thymallus, Rhona, Stradivarius, Agorà, Tudor, DAD, Velut Luna, Dynamic and Decca as well as for Radio 3, RAI Radiotelevisione italiana, Rete 4, Sky Classica and for the magazines CD Classica, Suonare news, the Province of Cremona, Amadeus (integral of the Brahms Sonatas) and Brilliant (Concertos for viola by A. Rolla, CD awarded with 5 stars by Musica magazine).

Together with the other section leaders of the Orchestra del Teatro, he formed the Quartetto d’Archi della Scala, going on tours in the United States, South America, France, Germany, Japan and in the major concert companies in Italy.

He successfully performed P. Hindemith’s kammermusik N. 5 (Concert for viola) with the La Scala Philharmonic Orchestra under the baton of MW Sawallisch and the Mozart’s Sinfonia Concertante conducted by M° R. Muti with the Orchestra Sinfonica Cherubini.

He is currently a teacher at the Milano Music Master. He is also soloist with viola d’amore; as a composer he has published several works for the publishing houses MAP and SONZOGNO.

He plays a G. Gagliano viola (1800) from the Pro Canale Onlus Foundation in Milan.