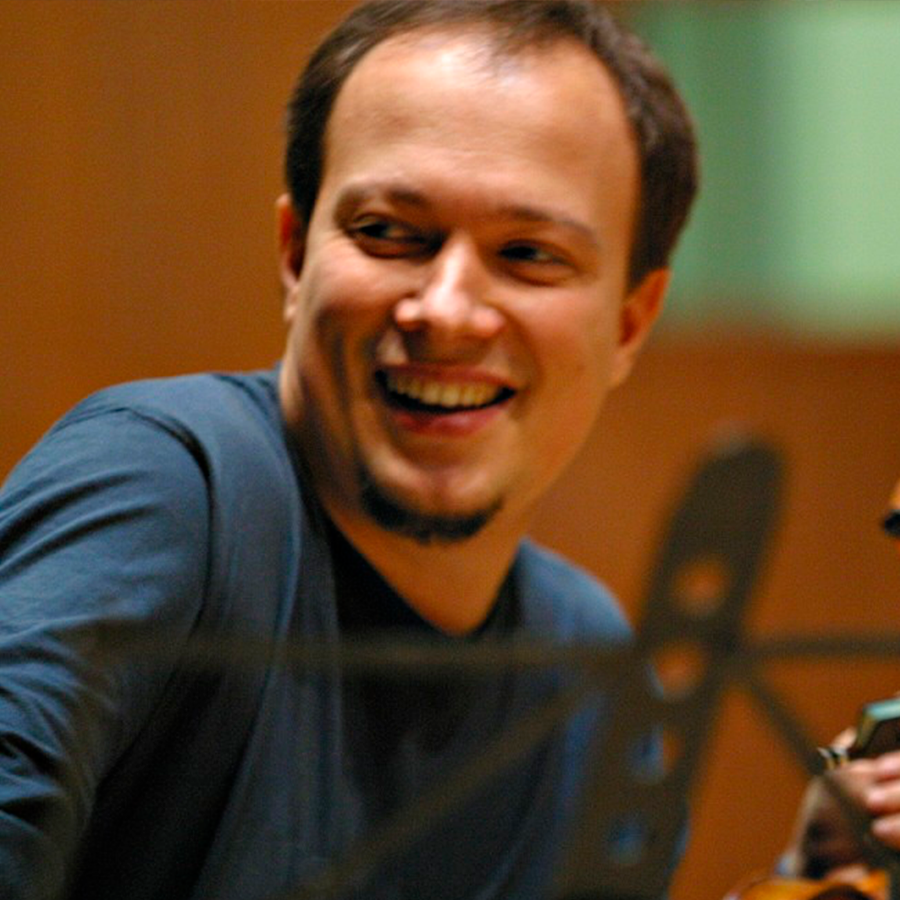 An artist of considerable sincerity and depth, ready to face the most important theater stages around the world.

Francesco Manara attended the “G. Verdi” Conservatory in Turin where in 1990 he graduated under the guidance of M. Marin with top marks. Later, the “De Sono Associazione per la Musica” awarded him a scholarship, thanks to which he studied with G .Prencipe, F. Gulli, R. Ricci, S. Gheorghiu and in Amsterdam with H. Krebbers. He went into duo violin-piano repertoire with F. Gulli/E. Cavallo and with P. Amoyal/A. Weissenberg. He graduated at the Scuola Superiore di Musica da Camera del Trio in Trieste, even in Trio formation.

In 1992 Riccardo Muti selected him as Prinicipal Solo Violin at the Orchestra del Teatro alla Scala and the Orchestra Filarmonica della Scala. In this role he collaborated with the greatest conductors at the time.

He was also invited to play with the Accademia di Santa Cecilia as Prinicipal Solo Violin, then with the Bayerische Staatsoper Orchester of Munich and the Royal Concertgebauw Orchestra of Amsterdam.

The success in these competitions soon led him to a brilliant soloist career that saw him perform with about a hundred orchestras including the Suisse Romande Orchestra, Bayrische Runfunk of Munich, Stuttgart Radio, Hannover Radio, Wiener Kammerorchester, Royal Philarmonic Orchestra, Tokyo Symphony, Sinfonica Nazionale della RAI and, on several occasions, the Filarmonica della Scala conducted by Riccardo Muti.

In 1998 he made his debut at the Lincoln Center in New York with Beethoven’s Concerto op.61.

In the 2011 season he was invited to the Royal Philarmonic Orchestra to play the Tchaikovsky concert in London.

His repertoire, which ranges from Bach to contemporary composers, also includes Paganini’s 24 Capricci, performed entirely several times, and all of Bach’s Sonatas and Partitas.

With the Orchestra of Padua and Veneto he recorded the Concerto by B. Compagnoli (Dynamic), with the Filarmonica della Scala conducted by Muti the Symphony Concertante by Mozart (Sony) with the violist Danilo Rossi and with the Cameristi della Scala the 8 Seasons by Vivaldi/Piazzolla for Musicom. He also made recordings for Radio Monaco, for Radio France and for Suisse Romande.

Francesco Manara is the founder of the “Johannes Trio“. With them he recorded the complete Brahms piano trios and quartets (for the “Amadeus” magazine) and the “Archduke Trio” by Beethoven. This chamber ensemble was awarded at the Trio International Chamber Music Competition in Trieste and at the Osaka Chamber Music Competition and was the winner of the “Concert Artists Guild Competition” in New York. In 2002 the trio debuted at New York’s prestigious Carnegie Hall.

Since 2001 he has also been Principal Violin of the “Quartetto d’Archi della Scala”. With them he has performed in Italy, South America, Japan, United States, France, Germany, Switzerland and Austria (Mozarteum in Salzburg) and has made recordings for Fonè Records with music by Verdi, for the “Amadeus” magazine, for the Decca and Concerto labels (Naxos).

He is a violin teacher at the Accademia della Scala and he was invited to give master classes at the Manhattan School in New York, Japan, South America. He has taught professional qualification courses for orchestra at the Fiesole School of Music and the Experimental Laboratory of Spoleto and violin courses at the Istituto Superiore di Musica”L. Perosi” in Biella, at the Accademia di Alto Perfezionamento in Portogruaro, at the “Musica Riva Festival“, at the Scuola di Musica in Milan and at the Accademia Musicale Pescarese.

He has collaborated as a teacher with numerous Italian Conservatories.

Francesco Manara is a jury member in prestigious international competitions such as the “Romanini” Competition in Brescia, the “Paganini Award” in Genoa and the “Joachim” Competition in Hanover.

“The Strad“, the UK famous magazine, has reviewed him several times and defined him as “an artist of considerable sincerity and depth, ready to face the most important theater stages around the world“.

He plays a Giovanbattista Guadagnini from 1773.